By Tony Ware on 20th September 2022 in Informative

The introduction of surge flow irrigation also means that you can irrigate twice the area of land with the same volume of water, and at the same time, if you incorporate an automatic surge valve in the system.

The Basics of Furrow Irrigation

Furrow irrigation is a way of digging channels to take irrigation water whereby gravity is used to feed water down a gently sloping to facilitate the growth of plants. It is a type of surface irrigation.

Ridges can be formed at different angles depending on the type and nature of the soil. Typically, these ridges can be anywhere from two to seven feet apart. It is in these ridges where the plants are sown, which are irrigated by the water flowing through the channels between them.

The angle and shape of the ridges, the roughness of the soil surface, the volume of water applied, and the infiltration rate of the soil are all factors that combine to determine at what speed the water flows down the field.

Ordinary furrow irrigation is, in effect, a sort of system of partial surface flooding, but it is preferred to flood irrigation because:

If these factors coincide with your agricultural needs, furrow irrigation is the next step forward.

You can find more information about the creation of furrows on https://civiltoday.com/water-resource-engineering/irrigation/282-furrow-irrigation

The Problems with Furrow Irrigation

But despite the advantages that regular furrow irrigation has over flood irrigation unless it is well managed, it still isn't a very efficient use of water. It is not easy to distribute water evenly across an entire field. It helps if the field or land in question only has a mild slope.

If the inflow of water is too fast, it is likely to result in significant run-off. If it is too slow, it will exacerbate the problem of deep percolation at the inflow end of the field.

In other words, it's difficult to get water distributed evenly across an entire field. Yet because furrow irrigation is relatively inexpensive compared to mechanical sprinklers or drip irrigation, it is bound to continue to be used worldwide.

How Surge Flow Irrigation Can Help

Because water is continuously fed into an ordinary furrow irrigation system, the soil remains wet and soggy, which increases the advent of deep percolation, not just at the inflow end of the field, as mentioned above, but all over. This can result in plants receiving too much water and may even lead to root rot. Deep percolation can also lead to increased salinity in the soil. 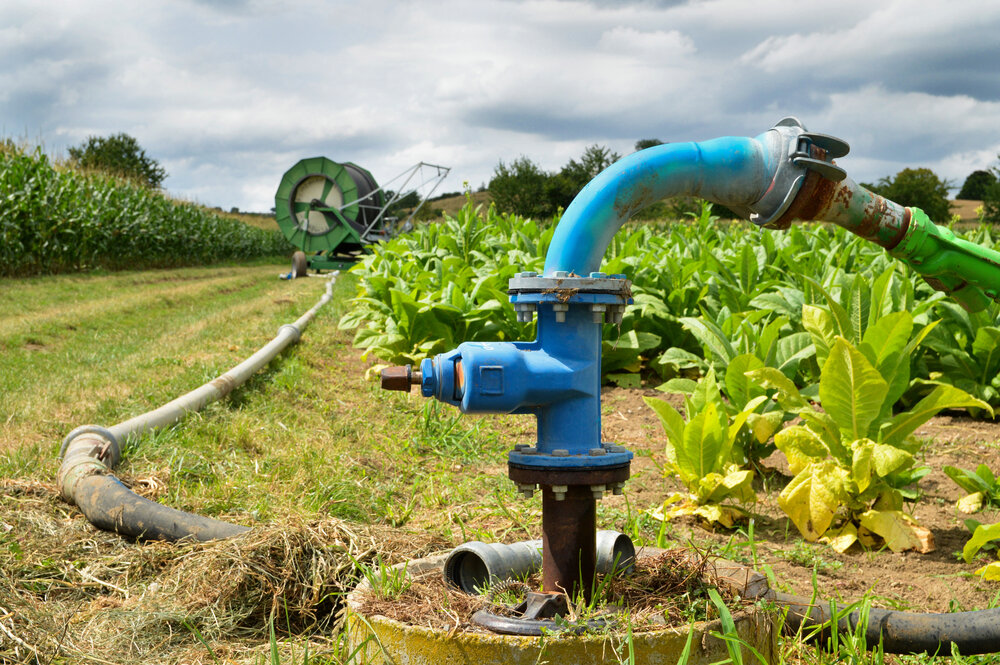 Interrupting the supply of water on an hour on/hour off sort of basis can bring about a significant reduction in deep percolation, which is where surge flow irrigation comes into the picture.

The introduction of surge flow irrigation can have a positive effect on the majority of soil types. For example, it can:

All of the above circumstances result in efficiencies which help to reduce the amount of irrigation water needed. This happens because, during the one/off phases of surge flow irrigation, the surface soil layer is granted the opportunity to consolidate and seal.

It means that the next bout of irrigation is able to be more evenly distributed along the complete length of the furrow. In one study, this reduced the amount of water needed by 24%, while in another, it reduced the amount by 51%.

In many scenarios, the introduction of surge flow irrigation can give you the chance to be more precise with the levels of water. For example, rather than applying four to six inches of water in an ordinary furrow irrigation system, you might be able to reduce the level to as little as one to two inches.

Unfortunately, surge irrigation doesn’t work with all soil types or local circumstances. You need to have the correct flow per furrow to reap any benefits.

Typically, a surge flow irrigation system requires a surge valve to alternate the on/off phases of the supply of water between gated pipe or poly pipe.

With a gated pipe system, the adjustment to the gate openings is used to balance the flow. With poly pipe systems, the key factor is the pitch at which the holes are punched. You can also plug insertion gates into the punched holes in poly pipe.

The advance phase of a surge irrigation operation ought to be complete in between four to six surges, with the next to last phase stopping a little short of the end of the field. The cycle times shouldn’t overlap. The GPM (gallons per minute) should be approaching the maximum non-erosive flow value.

The soak time should be shorter than the advance phase duration – try setting it at 75% of the advance phase, see if it is right, and adjust if necessary. The aim is to reduce tailwater loss to a minimum but to still allow sufficient soak time at the end of each furrow.

When you arrive at the best soak time, continue surging until you get to the right depth of application. A soil probe is invaluable in determining application depth.

A carefully planned and well-operated surge flow irrigation system can water waste by as much as 40%, can help to control soil salinity, and can significantly improve crop yield. 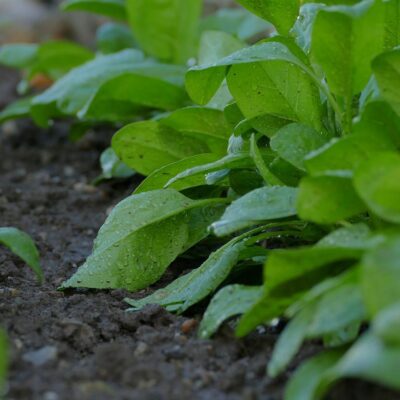 The type of soil a piece of land or a garden area has will determine two things. Firstly, it indicates…