By Tony Ware on 2nd September 2022 in Informative 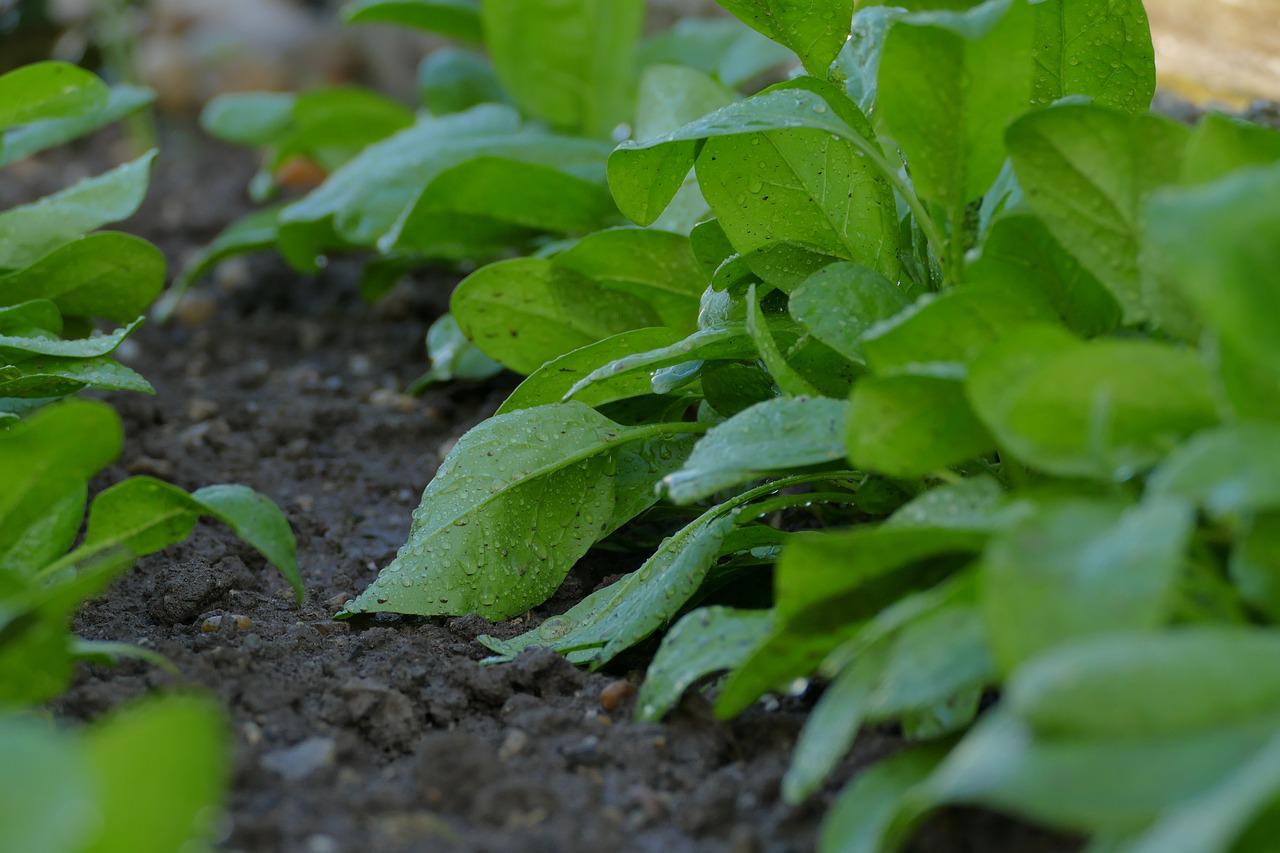 The type of soil a piece of land or a garden area has will determine two things. Firstly, it indicates what type of plants will thrive when planted in it. Secondly, it will govern how well it holds and drains water and, therefore, how much irrigation it will need to keep plants healthy.

How Soil is Formed

Soil can best be described as being a thin layer of material that covers much of the Earth’s surface, and it is formed by the weathering of rocks over thousands of years. It consists mainly of air, living organisms, mineral particles, organic material, and water. All of these constituents are constantly reacting together to form fertile soil,

Most land-based life depends on soil for its very existence. The soil feeds the plants with nutrients, and in turn, the plants become sources of food for animals, birds, and humans.

Unfortunately, soil can be easily damaged by either a lack of water or too much, or it can be blown away by the wind. According to the United Nations news website, our planet loses 24 billion tonnes of soil each and every year.

The more we understand soil, the better we can manage it and avoid the dissipation of one of the essential building blocks of life as we know it.

How Long does it Take for Soil to Form?

According to the Eniscuola.com website, latitude is an important factor when it comes to the time needed to form a new soil. Environments that have a mild climate can form 1 cm of new soil every 200 to 400 years. In wet tropical areas, the process is much faster, taking approximately 200 years.

But in order for soil to become a fertile medium, it requires approximately 3,000 years. In other words, fertile soil is classed as a non-renewable source. Once it's gone, it has, in essence, disappeared forever, which is why today, efficient soil management is so important.

The Types of Soil

The characteristics of soils vary enormously. From a gardening viewpoint, it is the size of the particles from which the soil is made up which defines its type. These particles are:

What we refer to as chalky soils also contain particles of calcium carbonate or lime.

The Characteristics of Clay Soils

Soils designated as clayey consist of more than 25% clay. Also referred to as heavy soils, clay soil has the potential to be more fertile because it holds nutrients which are bound to the clay minerals.

Clay soils also contain a higher water content thanks to the capillary attraction of the small spaces in between the many clay particles. This means that clay soils drain more slowly but take longer to warm up than sandy soils in springtime.

Clay soils also compact more readily when wet, and during the heat of summer, they become hard baked with noticeable cracks.

From a gardener's perspective, clayey soil is much more difficult to work. However, when it is managed correctly with proper cultivation and the right choice of plants, it is be very productive.

The Characteristics of Sandy Soils

These types of soils contain a much larger percentage of, but little in the way of, clay. Whereas clay soils are classified as heavy, sandy soils are categorised as light. Sandy soils have excellent drainage following rain or irrigation and are considered easy to cultivate and work.

Because they are less dense, sandy soils tend to warm up more quickly in springtime than clay. The flip side of the coin, however, is that they dry out more quickly and are relatively low in terms of plant nutrients because these get quickly washed away. Another characteristic of Sandy soils is that they are often quite acidic.

The Characteristics of Silt Soils

Because silt soils consist mostly of intermediate-size particles, they are quite fertile, moderately well drained and have the ability to hold more moisture than sandy soils. However, like clay, silt soils compact easily.

The Characteristics of Loams

Loams are formed by mixing together clay, sand, and silt. This mixture avoids the extremes of clay and sandy soils, are very fertile, and drain and work easily. There are two main types of loams - clay loams and sandy loams. The difference in their make-up depends on their composition.

The Characteristics of Peat Soils

Peat soils consist mainly of organic matter and, for that reason, are extremely fertile. They also hold a lot of moisture. It is usual to find peat soils in gardens, although a lot of gardeners like to dig it into their soils because of it increases fertility.

The Characteristics of Chalky or Lime Rich Soils

These types of soils can be either heavy or light and are usually made up from calcium carbonate, which makes them very alkaline.

The Best Way to Identify Your Garden’s Soil Type 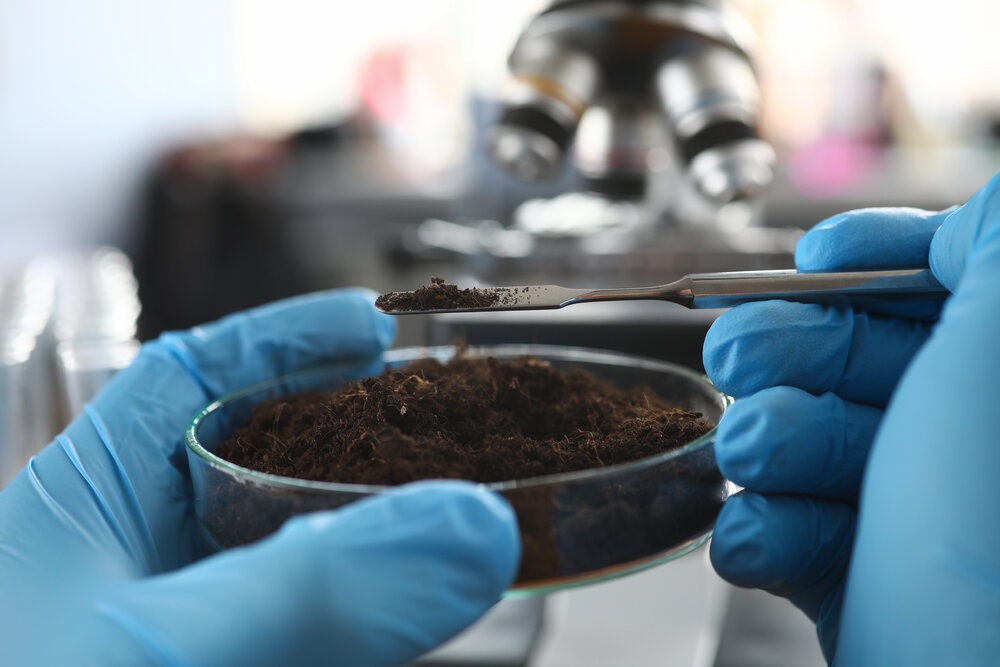 The easiest way to identify the type of soil in your garden is by touching and rolling it in your hands.

When wet, clay soil is sticky and can be smeared. You’ll also find it easy to roll into a long thin sausage shape. When rubbed with a finger, it can be smoothed, creating a shiny finish. Heavy clay soils don't become as shiny and are easier to form into a sausage shape.

Pure silt soils are rarely found in gardens. You can identify them from the fact that they are slightly soapy with a slippery texture. They do not easily clump.

You can find a useful table of the maximum precipitation rate for the various oil types of soil Ewing Irrigation.com website. 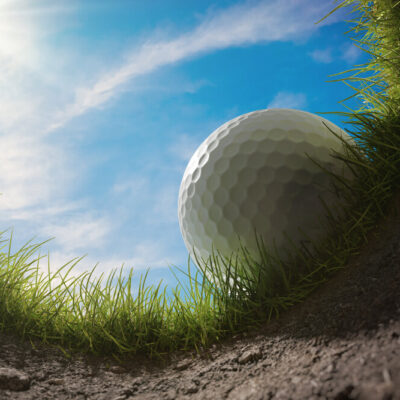 How to Sample Golf Course Soil

Getting to grips with the condition of the soil on a golf course is no simple task. Golf courses are…

First developed as recently as the 1970s, surge flow irrigation is an irrigation technique that has the potential to increase…