By Tony Ware on 20th October 2022 in Informative 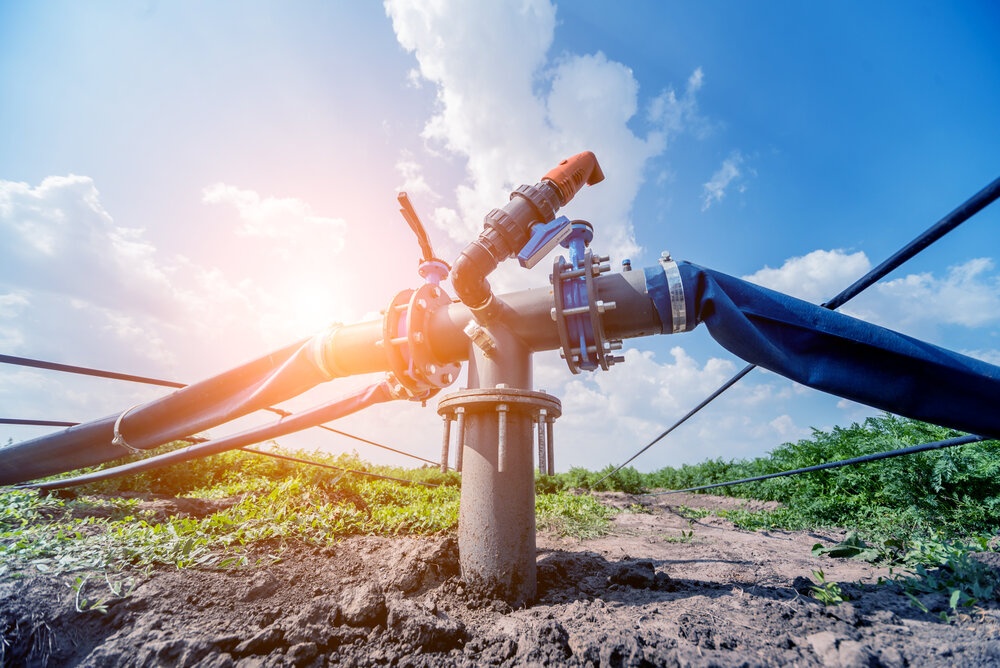 Irrigation is one of the key factors that contributed to the civilisation of humankind and the growth of global population.

Just under 2 million years ago, the human brain expanded in size, and our guts grew smaller as our earliest ancestors learnt to walk upright. Homo Erectus also learnt how to harness fire to keep themselves warm and use it to cook food.

How the Transportation of Water Affected the Growth of Civilisation

Humans are not designed to digest raw meat easily, but cooking it not only makes it more digestible but more nutritional in value too. Early humans lived near tropical rainforests, lakes and rivers and retreated to the trees for shelter. Amongst other things, the development of stone tools enabled animal products such as bladders that could be used for the transportation and storage of water.

The ability to transport water meant that early humans could travel for the first time, and as the climate changed in those early eons, humankind ventured further afield. They built individual dwellings and began to grow their own crops transporting water physically from nearby sources.

As settlements grew in size, the idea to farm crops on a larger scale became a reality thanks to early forms of irrigation.

In the so-called "cradles of civilisation" in Egypt, Iran and Iraq, people learnt to use the floodwaters of the Euphrates, Nile, and Tigris rivers by diverting water into their nearby fields. This type of flood irrigation is the first of its type recorded, and it came about circa 6000 BC.

Modern Irrigation works on the same basic principle of transporting water from A to B. New developments have enabled irrigation to take enormous steps forward, with drip and sprinkler irrigation technologies now being the cream of the crop, so to speak.

Surface flood irrigation can be broken down into two categories – wild (uncontrolled) and controlled.

This is the earliest type of irrigation. It was used in Mesopotamia (an area between the Tigris-Euphrates river systems), referred to above. Local farmers diverted floodwater to their fields for between 40 to 60 days, after which it was drained back to its sources.

Surface irrigation is most appropriate for soils that have moderate infiltration characteristics and where the land itself is relatively uniformly flat- i.e., slopes less than 3%.

This term is used to describe irrigation that relies solely on gravity, whereby the source of water is higher than the field to which it is diverted.

Perennial irrigation Is a type of surface flood irrigation whereby river runoff water is diverted to a canal by the building of a diversion weir. This irrigation variant is called direct irrigation. When a dam is built to store the water, it is known as storage irrigation.

This type of surface irrigation Is qualified as “lift" as the source of water is lower than that of the field, and it has to be "lifted" via the use of a pump. Well, and tube well sources that employ plumps are also listed under this type of irrigation.

Other Types of Controlled Flood Irrigation

There are numerous variants of surface flood irrigation. The first type, basin irrigation, is, essentially, as described under flow and controlled irrigation.

Border irrigation is similar to basin irrigation but is more suited to sloping land, although the slope should not exceed 0.5%. The irrigation areas are bordered next to each other, and the water is allowed to pond and flow into the next area using the natural force of gravity.

With both basin and border irrigation, water can come from open ditches and be controlled by a series of breaches, gates or siphon tubes which can be installed above or below ground.

Rather than an open area as with basin and border irrigation, with furrow irrigation, the irrigation area is divided into rows of furrows between which water is allowed to run. Although this type of irrigation allows better water management, it is more labour-intensive than basin or border, and a greater volume of runoff is generated, plus salt can build up in beds that the water level doesn’t reach.

Surge irrigation is a progression on furrow irrigation. A search controller butterfly valve is installed in the middle of the top field, and there is a gated pipe exiting the valve, dispersing water left and right. With sloping fields, the valve can be installed in the corner of the field with an extra pipe for water distribution.

Contour irrigation is yet another variation on furrow irrigation. Instead of downslope furrow irrigation, the water travels between zig-zag-contoured furrows, travelling more slowly across the irrigation area, thus minimising soil erosion. Water distribution is more even, promoting improved growing conditions, and resulting in bigger yields and better-quality products.

Modern irrigation technologies and techniques have been developed to automate the watering process, to improve and not detract from soil quality, to increase crop yield, and save water. But the basic raison d'être remains the same – to get water from A to B and apply it in a way that best benefits the crops and the soil.

The very first sprinkler-type design originated back in the first century and was the brainchild of Hero of Alexandria, who invented a device called an aeolipile. It was a steam engine that used steam pressure to rotate, rather than the power of water pressure used today.

The first real water-propelled sprinkler was developed and patented by J Lessler of Buffalo, New York, in 1871. It was some years later (in 1932) that Orton Englehardt, a fruit farmer, created the impact sprinkler. This new type of sprinkler provided irrigation imitated rain, resulting in an agricultural revolution.

These sprinklers incorporated rotating adjustable oscillating heads mounted on a metal arm that distributed water using an elliptical cam that sent water from the mains in a fan shape over an area of up to 600 ft² or 55.7 m². This type of sprinkler also included a gear train that slowed the speed of water down to 1 mph.

This invention meant that gardens soon became commonplace in private homes and public parks thanks to these sprinkler systems, which were attached to hoses, in turn, linked to pressurised municipal water systems.

While ordinary sprinkler systems are perfect for gardens large and small, when it comes to agriculture and farming, it would mean setting up and configuring a large number to irrigate a field. Gun sprinklers like the Big Gun sprinklers from Nelson Irrigation, depending on the model type, and spray water over a 310 feet radius.

Rain guns incorporate adjustable jet breakers, allowing the water droplet size and impact to be adjusted depending on the delicacy of the crops being irrigated. They are also supplied with interchangeable nozzles that can provide appropriate irrigation for all types of soil and various stages of crop growth.

If you’d like to know more about rain gun sprinklers, there is an interesting article on the ecofriendlycoffe.org website.

Other Types of Sprinkler Irrigation Systems 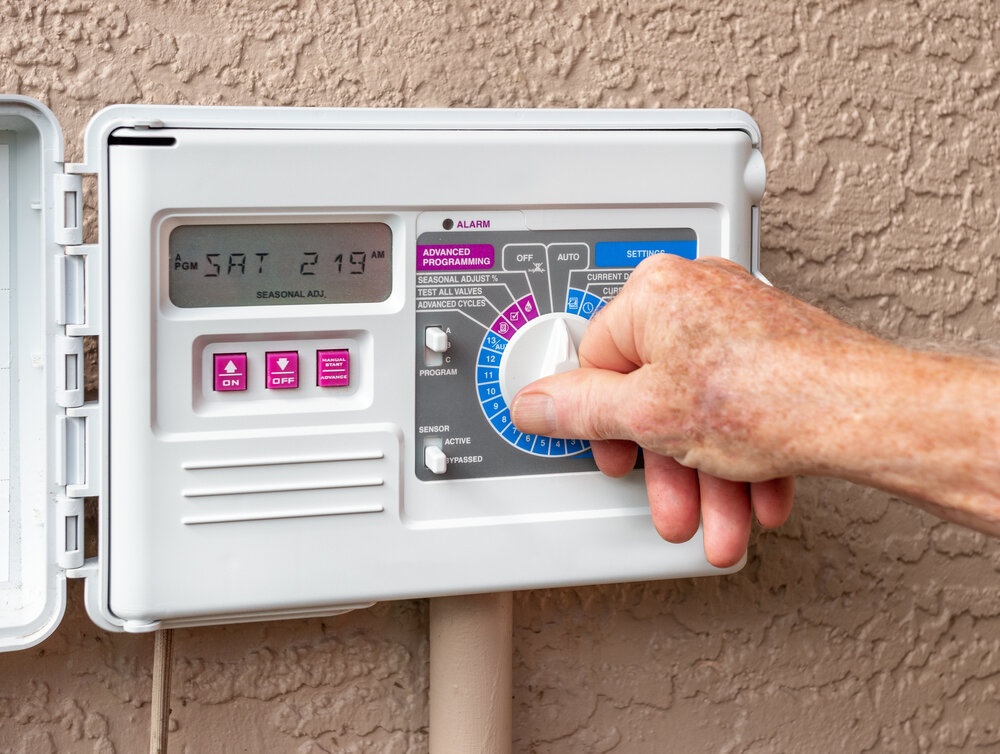 Other types of sprinkler systems include Soaker Hoses and Rotor Arm Systems. Soaker hoses, have holes along their length through which irrigation water is applied. They are more efficient than standard sprinklers from a water usage point of view as less water is lost through evaporation. The only problem with them is that the area they service is relatively small, and they are also prone to getting clogged up with debris and soil.

Rotor systems allow you to regulate how much water is delivered and reaches a wide area. They are, therefore, popular with farmers who have larger fields.

An extension of the rotor system is the centre pivot irrigation system. They are the perfect way for delivering the correct amount of water in the most appropriate way. Farmers can configure the systems exactly to their needs by selecting a variety of control valves, end guns, pivot sprinklers, and pressure regulators. These systems also have the advantage of being mobile.

Gun, rotor and centre irrigation technologies also have the benefit of being able to be used to deliver nutrients and fertilisers and pest controls.

Drip irrigation is the latest technology to be developed and was brought about by the need to deliver water to plants in the most effective way, to minimise water wastage, and to lower costs. Drip irrigation can also be used to distribute nutrients.

Water or nutrients are delivered across fields via pipes known as "driplines." Along the length of these driplines, small components called "drippers" are installed. Each individual dripper delivers water and fertiliser, which results in uniform application to individual plants.

Drip irrigation can be installed above or below ground. When the latter of the options is employed, it results in even less wastage through evaporation, with water and nutrients being delivered to the root zone of each plant across the field. 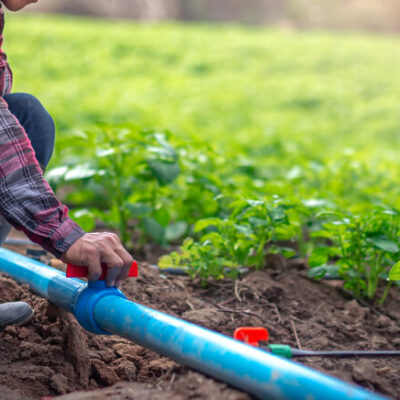 First developed as recently as the 1970s, surge flow irrigation is an irrigation technique that has the potential to increase…

How to Treat Grey Water for Irrigation

If you are new to gardening or irrigation, you may not be familiar with the term "grey water." We tend… 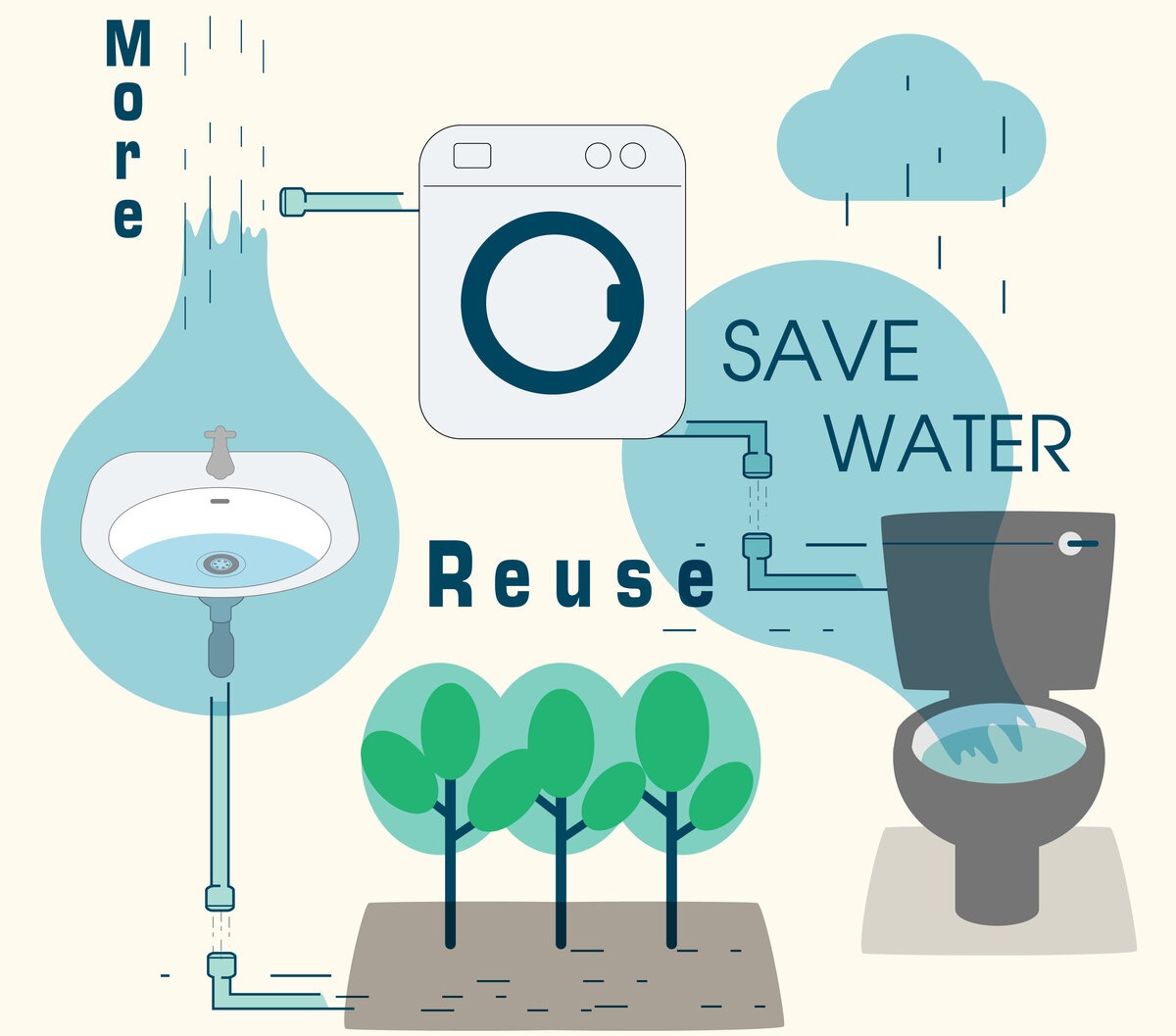