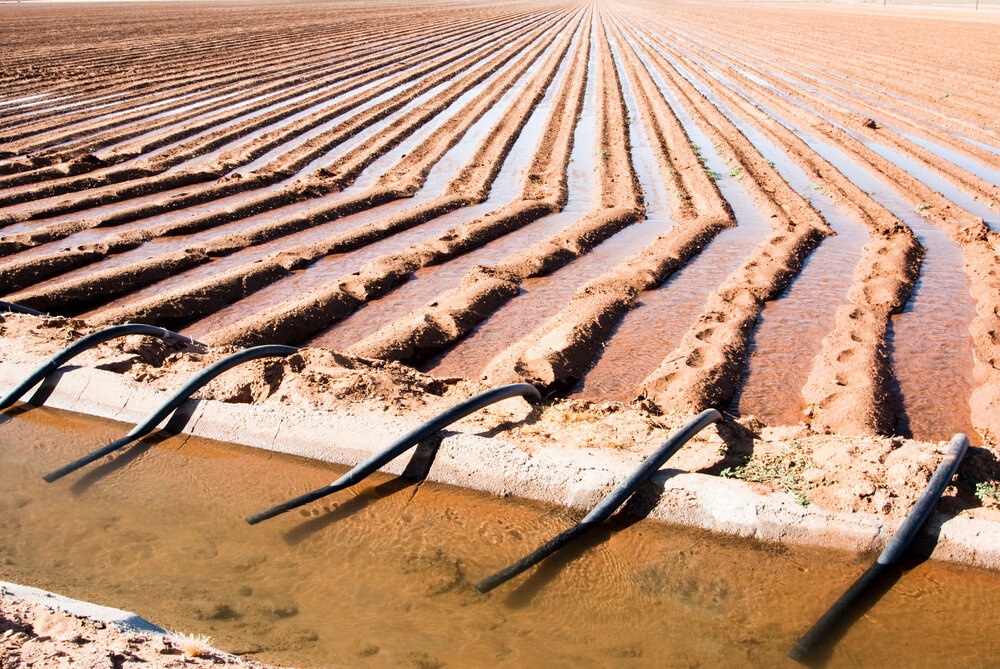 Inundation irrigation is one of the earliest and simplest forms of surface irrigation. It is still used today in many places around the world where technology is not readily available, and equipment cost is an important consideration.

A Brief History of Irrigation

The earliest traces of irrigation date back over 6,000 years to Mesopotamia, a region now referred to as the Middle East. It includes southwest Asia and lands bordering the Mediterranean Ocean.

Mesopotamia is part of a region that is sometimes referred to as the Fertile Crescent, which includes Cyprus, Egypt, Iran, Iraq, Lebanon, Palestine, Syria, and Turkey. The Crescent is bounded to the West by the Mediterranean and to the East by the Persian Gulf. The rivers Euphrates and Tigris run through its heartlands.

The name "Fertile Crescent" was first coined by James Henry Breasted, an American archaeologist who used it in a textbook in 1914 to describe this significant region. The area contains incredibly fertile soil, plus freshwater and brackish spans of wetlands.

Mesopotamia is not only renowned as being where irrigation was first put to use. It is also referred to as the "Cradle of Civilisation," where the concept of the wheel originated, as did the earliest forms of writing and, thanks to irrigation, large scale agriculture.

The type of irrigation developed in Mesopotamia thousands of years ago was a form of inundation or flood irrigation. It used the floodwaters of the Euphrates and Tigris.

A series of inundation canals were dug from the riverbanks to the fields where crops were to be planted. When the floodwaters rose, they overflowed into the canals, which then carried the water onto the fields, inundating the land.

The Different Types of Surface Irrigation

Surface irrigation can be defined as a process whereby water is diverted from source to field and is then dispersed across the field by the force of gravity (if the field slopes downwards) or by pumping. It is best used on relatively uniform land (with slopes of less than 3%) and where the soil has a low to moderate infiltration capacity.

This type of surface irrigation, known as flow irrigation, is still used extensively in India, where 75% of the land is watered using this method.

Flow irrigation can be broken down into two sub-divisions – inundation (flood) irrigation and perennial irrigation. There is a third type of surface irrigation known as Lift Irrigation. However, this requires the use of pumps and is therefore not the focus of this article.

The Shortfalls of Inundation Irrigation

In normal circumstances, inundation irrigation can only be used during the rainy season, when the water levels of rivers rise to the point where they overflow into the inundation canals that have been excavated between the rivers and the fields.

Another disadvantage with flood or inundation irrigation is that as well as the water itself, the inundation canals also transport quantities of silt which are beneficial to the soil. The only downside of silt transportation is that after a while, it builds up, blocking the canal heads. It means that manual labour was regularly needed to clear the blockages. In ancient Mesopotamia and Egypt, it was a duty that the farmers were forced to carry out.

Another problem associated with inundation irrigation is that it brings about temporary waterlogging, which can damage crops such as legumes, maise, and wheat.

Waterlogging is more problematic with more heavily textured soils. While “hard pan” development from puddling operations is an important factor for water retention and weed control in rice farming (paddy fields, for example), the lack of aeration causes problems for other crops such as wheat.

Inundation irrigation is ideal for saturating the land to start the growth of crops where natural rainfall is enough to sustain the crop through subsequent stages of the growth cycle. Rice is an interesting case in point.

Paddy Field rice is a staple for a large percentage of our planet’s population. However, it is also a source of methane, an important greenhouse gas. Paddy rice cultivation is actually responsible for producing around 40 million tonnes, or 10% of global emissions, per annum. But it is a problem that can be addressed through sustainable rice production techniques.

As well as helping to control methane gas emissions, a by-product of sustainable rice production is that it also significantly reduces the amount of water needed, and the necessity for fertilisers.

Although it might seem counterintuitive to many people, drip irrigation is emerging as an effective, alternative method of rice irrigation, thanks to developments by an Israeli company called Netafim.

Aside from rice, what about inundation irrigation and crops that must have more water at other times of the year? What then? The answer to this question leads us on to something known as perennial irrigation, another form of surface irrigation.

Perennial irrigation takes inundation irrigation to the next level. It still uses a sequence of canals excavated from river to field, but rather than allowing all of the water to flow uninterrupted into the fields, water can be diverted for storage via the construction of barrages, thus enabling crops to be watered as and when necessary, according to crop type.

As with other methods of irrigation, perennial irrigation has some sub-categories – Direct and Storage.

This type of perennial irrigation refers to a system that takes water directly from a river and, through the construction of a diversion weir, diverts the runoff to the supply canal.

This type of irrigation refers to a system whereby a dam is built across the river, creating a reservoir from which water can be drawn, enabling the crops to be watered when necessary.

Irrigation, its starting point and its growth since the concept was first developed is a fascinating subject. If you would like to delve deeper into the various types of irrigation (including further reading on inundation irrigation), there is an interesting article on the Vin Civil-World website. 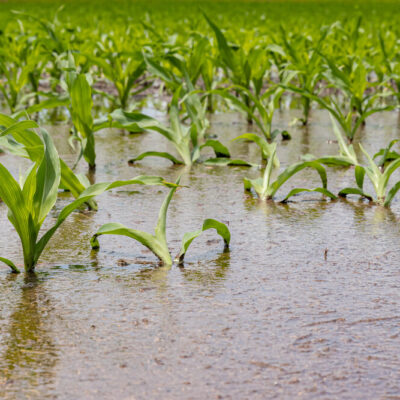 Getting the amount of irrigation that farmers and gardeners give their crops and plants right is crucial. Not enough, and…

How to Prime an Irrigation Pump 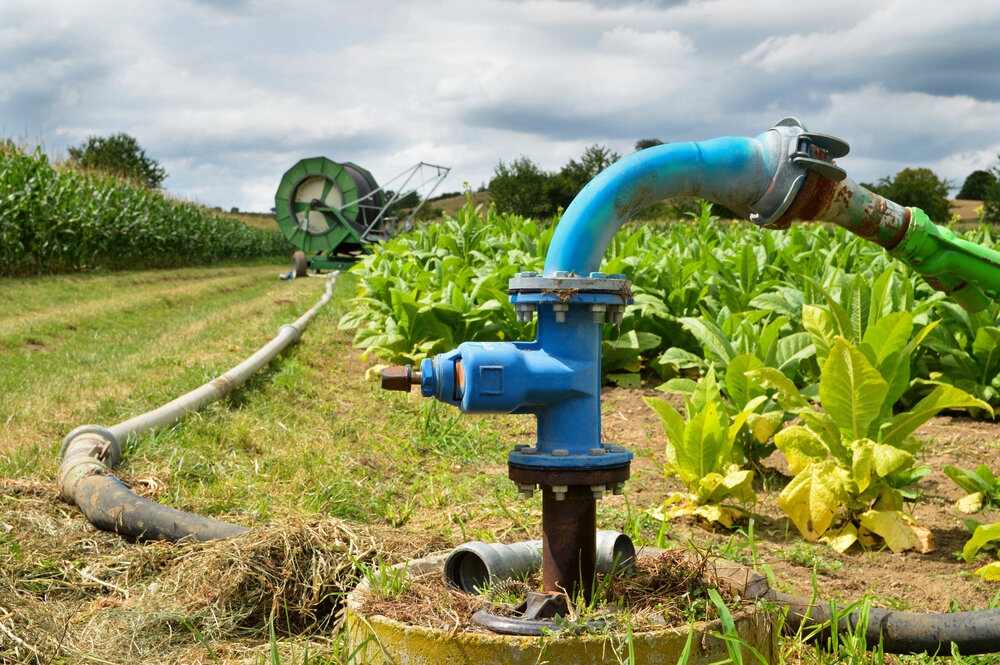