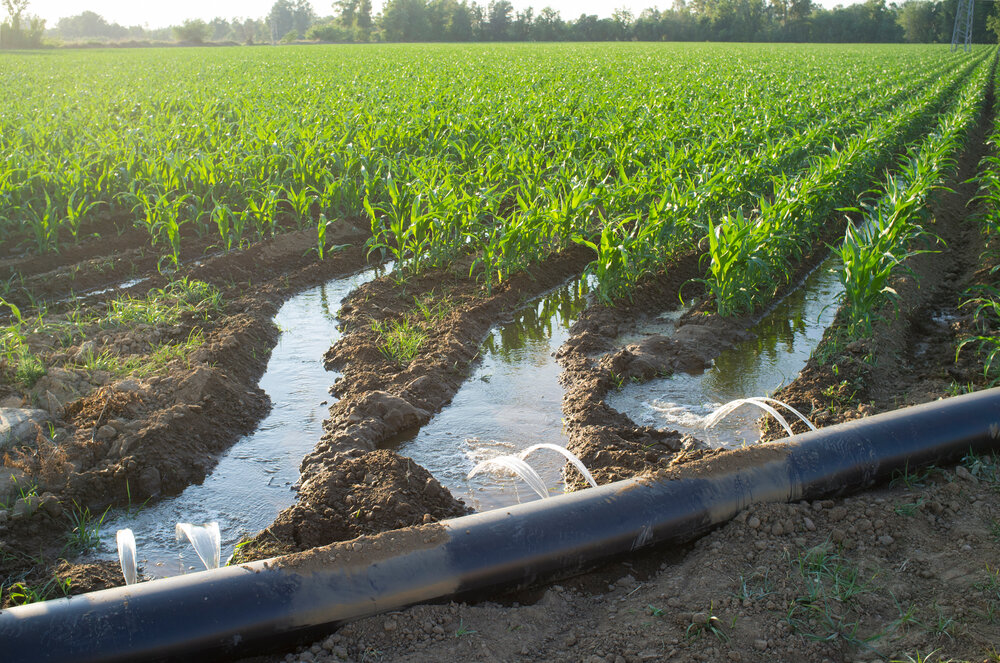 Flood irrigation is one of the first-ever types of irrigation known to humankind. It describes a process where water is introduced to a plain or field and is allowed to soak into the soil in order to irrigate the plants planted there. It is still used in some parts of the world (particularly developing nations) where water supplies are ample. To trace its origins, we have to go back to Mesopotamian times.

The earliest technique of flood irrigation goes back over 8,000 years when it was known to be used in Egypt and Mesopotamia, circa 6,000 BC.

The River Nile in Egypt flooded its banks for several months every year. Local farmers took advantage of this natural phenomenon by diverting the floodwaters to nearby fields to immigrate their crops. It allowed them to grow crops on a much grander scale than would otherwise have been possible.

Around 3100 BC, a huge irrigation project was undertaken, constructing dams and canals that reached more than 20 km in length.

Around the same time, the Tigris and Euphrates rivers in Mesopotamia also used to flood their banks. The Sumerians, who are accredited with a whole range of inventions and technological improvements, including arithmetic, beer, chariots, cuneiform script, geometry, sandals, and of course, the wheel - created one of the first-ever recorded engineering works by digging canals to irrigate nearby fields.

We will take a look at each variant in turn. 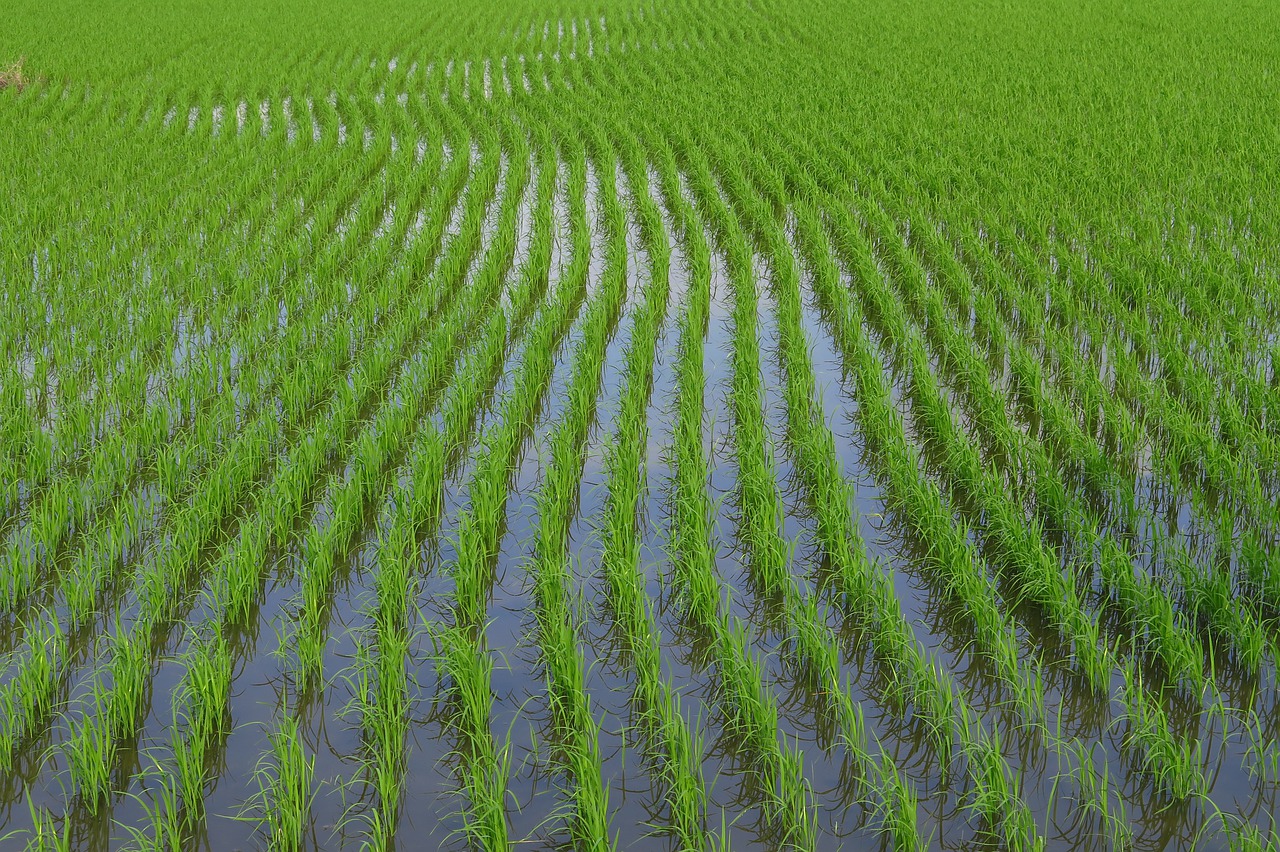 Basin irrigation involves using a uniform sheet of water, which is encouraged to flow over a field. With this type of irrigation, water is fed into an almost level field where it is allowed to pond between dikes constructed around the area of irrigation.

The basins themselves can be as small as a few square metres, containing, for example, one lone tree, or as large as several hectares. The size of the basin is determined by the balance between the rates of water infiltration into the soil, the slope, and the supply of water. Typical water depths in basins varies anywhere from 5 cm to 20 cm, the typical being between 10 cm and 15 cm.

To achieve the most efficient irrigation, the soil surface should be level and have a uniform texture, and the size of the water supply should be adequate enough to cover the surface area of the basin quickly and uniformly.

Where the basin isn’t level, it will result in the higher elevated areas receiving less water than the lower. If the irrigation inflow rate is inadequate, the water will advance only slowly, resulting in significant differences in the opportunity time of irrigation within the basin.

A variant of basin irrigation is drain-back level basin irrigation. With this type of system the basins have a series of parallel basins constructed within them that take the inflow of water from a shallow ditch, usually between 5 and 10 metres wide.

Once the first basin has become full, a gate opens to allow the next basin (at a lower elevation) to begin to fill.

The water at the inflow end of the first basin drains back into the inflow ditch and then flows onto the next basin. The process is repeated until each basin has been irrigated.

The drain-back phase improves the regularity by lessening the amount of water that infiltrates close to the inflow, which then increases the inflow rate into the next basin, resulting in a quickening in what is termed “the rate of advancement.”

Border irrigation is better suited for sloping fields than basin irrigation due to the fact that the water flows between the dikes rather than being ponded within the basin.

The areas of irrigation between the dikes can be between 3 metres and 30 metres wide and as long as 400 metres.

The slope of the field in between the dikes should be almost level, encouraging the water to flow uniformly along the field. The slopes of the dikes are similar to furrow irrigation, but the slope is usually less than 0.5%.

With both types of irrigation systems (basin and border), water can be sourced from open ditches with breaches, gates, or siphon tubes running above or below ground.

Inflow rates vary widely according to the size of the basin or border, the soil texture, and the slope. 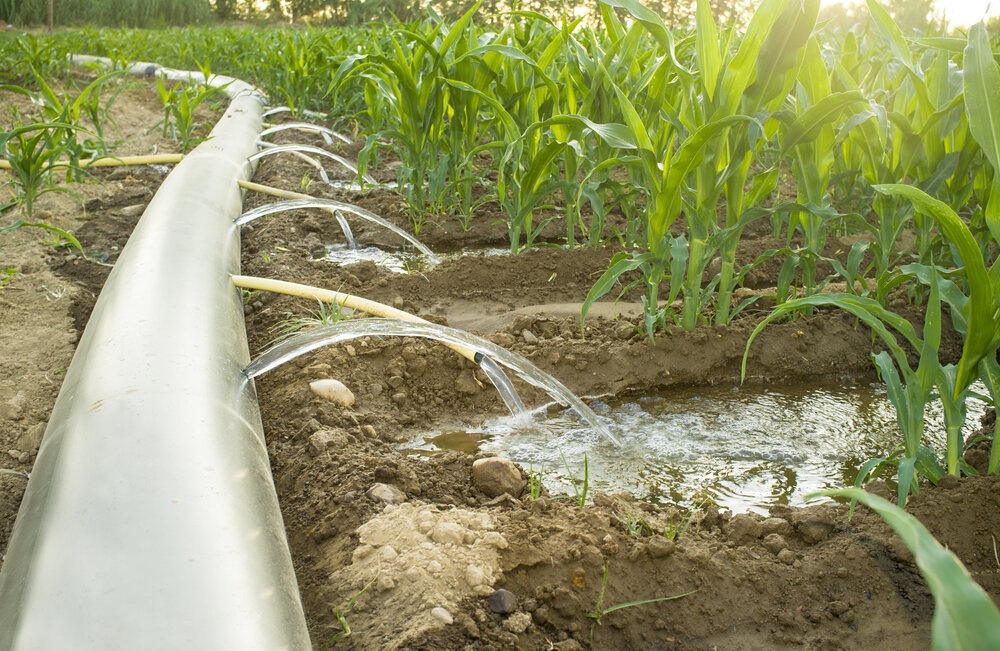 With the furrow irrigation system, the surface soil is channelled, forming furrows that direct the flow of water rather than allowing it to flood the entire field. Irrigation water moves along the furrows and seeps through the bottom and walls of the furrows. Individual furrows get an inflow of water which can come from hand-dug checks, gated pipes, or siphon tubes.

Furrow irrigation offers better control over water management; however, it also has some disadvantages when compared to basin and border irrigation.

The initial disadvantage is an increase of salt buildup in the beds where the water level does not reach.

A second disadvantage is that a larger volume of surface run-off is generated.

The third disadvantage is the fact that furrow irrigation is more labour-intensive due to the fact that equipment has to be moved between the various furrows.

Surge irrigation is a variant of furrow irrigation. It uses a search controller butterfly valve which is placed in the middle of the top field with a gated pipe coming out of the valve and going to the left and right. Where fields are sloped, the surge valve can be positioned in the corner of the field with an extra pipe to distribute water.

Surge irrigation can be used to lessen irrigation costs, thanks to lower water usage and reduced labour requirements. It reduces the amount of irrigation water applied, lessening excess water infiltration and minimising run-off water losses. It also helps to reduce the quantity of sediment loss from furrow irrigated fields.

Contour irrigation is another variant of furrow irrigation. Rather than the traditional downslope furrow irrigation, water in contoured furrows travels more slowly across the field, thereby lessening soil erosion.

It provides a more even distribution of water across the field. This provides better growing conditions for the plants, which can result in better yields and higher quality end products. 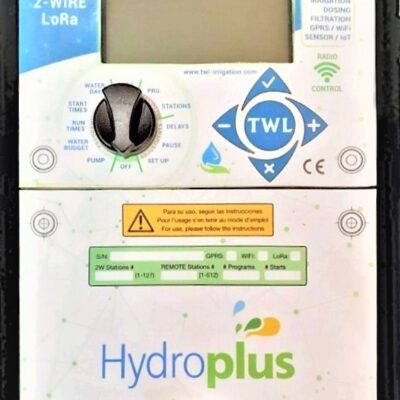 Getting the amount of irrigation that farmers and gardeners give their crops and plants right is crucial. Not enough, and… 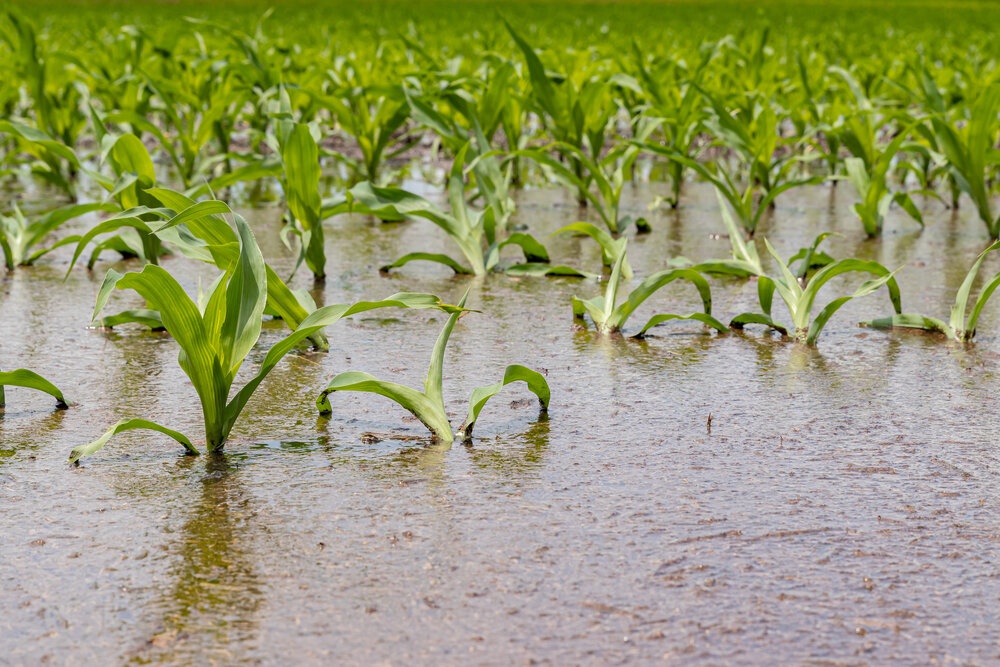