By Tony Ware on 20th January 2021 in Informative 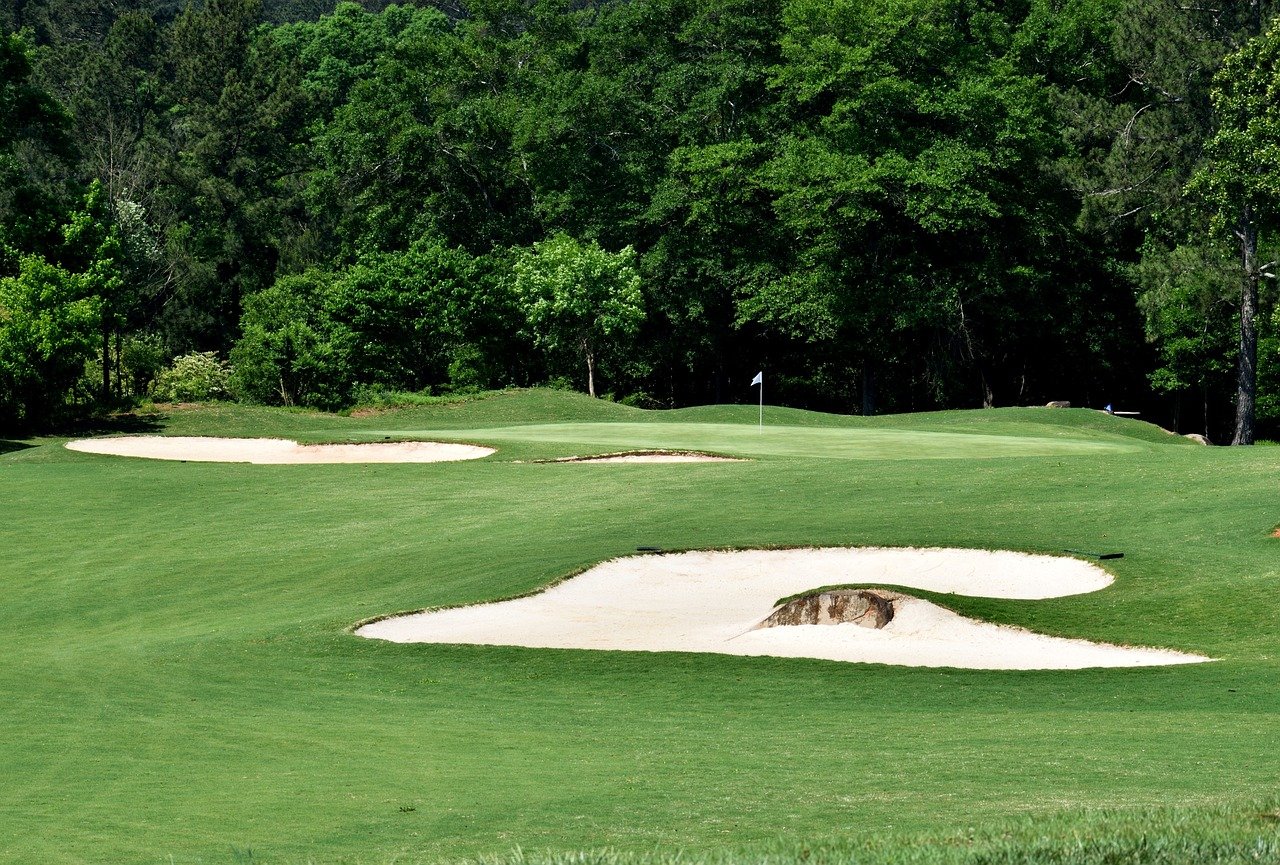 Golf course bunkers first came into being on links land due to "natural" occurrences. Originally, the ground was open farm or common land. Cattle and sheep roaming the area would find hollows in which to take shelter from rough weather. Their hooves would break down the surface inside the hollows, revealing the sand underneath, and hey presto, a natural bunker was formed.

They became such a challenging feature that their popularity quickly spread across the country. Golf courses began instaling them to give the terrain a more natural feel and present golfers with a more demanding round of golf if their shots strayed off course.

The Necessary Evil of the Bunker

Like or hate them, you won't find a self-respecting golf course without a few sprinkled hither and thither, and two schools of thought have developed as to their upkeep. Some golfers think that bunkers should always be kept neat, tidy, and in pristine condition. Others think they should be allowed to develop according to weather conditions to be a more natural hazard.

Whichever school you follow, bunkers need maintaining to some degree. No one wants to play a sand-strewn course.

Bunkers can be places in several locations.

Whatever and wherever they may be, they need maintaining and here are a few tips to help the groundsman.

Drainage is a prime consideration. A commonly occurring problem is when the drainage system becomes silted up, capped or blocked with roots etc. Regular maintenance and where necessary, replacement, will help to control this. It can also present the club with an opportunity to improve bunker performance by introducing new, modern materials, like Auquayne. It will help to prevent the issue of the sand becoming contaminated with drainage stone.

Bunker sand diminishes through various reasons - erosion due to rain, scatter from wind blow, and golfers spraying it around when digging their golf balls out of trouble. When replacing or topping up sand, timing is important if competitions are to be held. Replacement sand needs a little time to hunker down and consolidate. Lost balls in loose sand won't go down well.

In a perfect world, bunkers should be raked daily. Why is it done?

Rakes come in all sorts of shapes and sizes, with a variety of heads and in various weights. For example, there are:

When conditions are wet, a heavier rake does a much better job. They can also be purchased with little rollers or strips behind the head which are for helping to remove any excess water or deposits of sand from the surfaces of the greens. 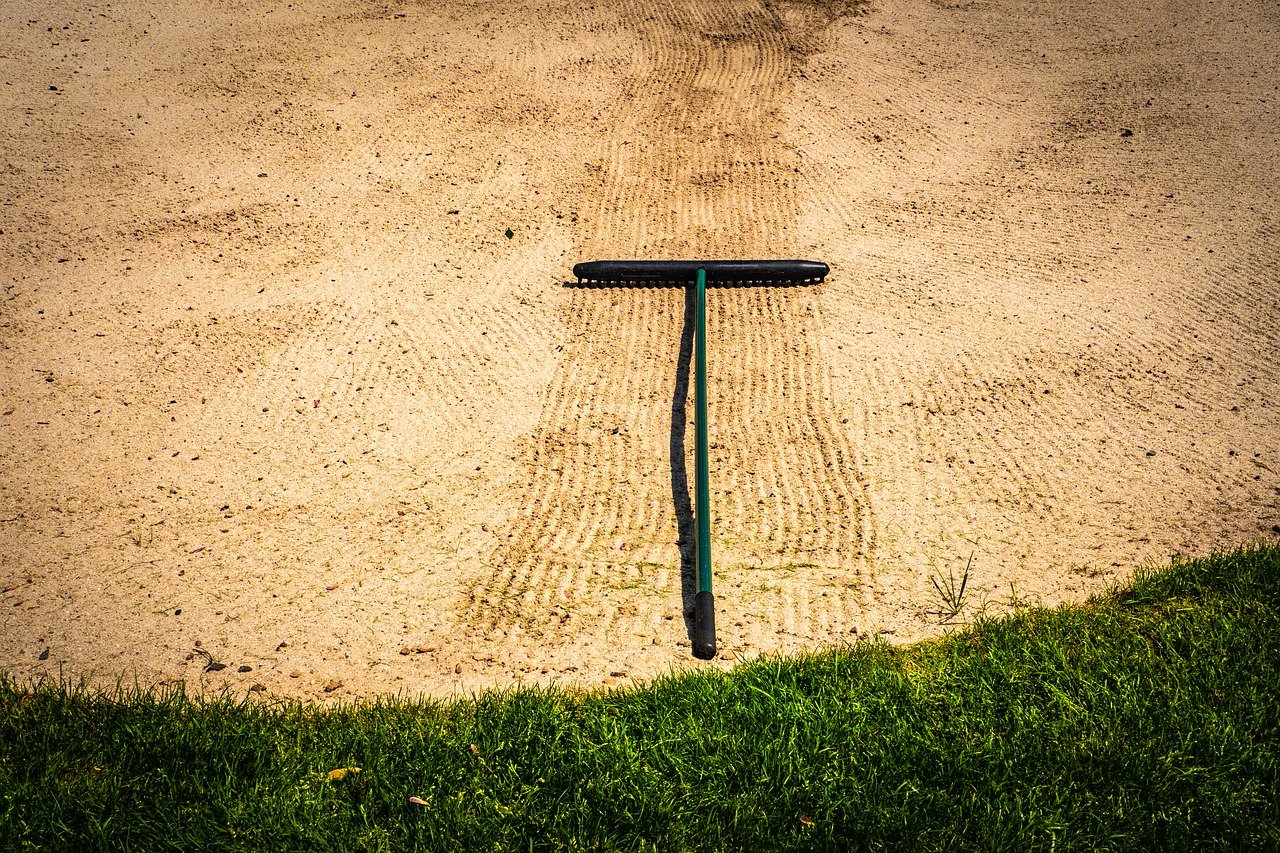 Advances in bunker maintenance technology have helped to change the shape of bunkers. Many groundsmen now use sit-on bunker bikes with the shape and turning cycle of the machine dictating the size of the bunker's base. Where these are used, it also means that the bunker needs to have one face with a shallow enough gradient to get the bike in and out.

Many of the bunker liners in use do not have a very good success record. A lot of courses still face problems whereby synthetic liners eventually get exposed at the surface. The other thing is natural turf liners that start breaking up and then contaminating the sand in the bunker.

The latest fabric liners are good; however, it's all about making effective joints so that the seams don't get exposed. But fabric liners have a habit of becoming damaged by pests and ongoing maintenance, especially when sand depths become too shallow.

From a maintenance perspective, natural turf liners are good as long as the quality of turf used is up to the job. Something like a fescue grass works well, particularly when installed upside down.

For best long term performance and minimum maintenance, a rubber or capillary bonded aggregate system works well. The initial cost is more expensive, but long term it can save many hours-worth of maintenance labour and therefore, cost. But in the final reckoning, you still need to consider bunker design and aspect to get the best overall solution.

Some courses are now turning to Polylast Bunker Liners. The benefits include:

Polycast liners are a good choice from a maintenance point of view.

All About the Sand

Regardless of how regularly and well it is maintained, over time bunker sand gets contaminated and its natural performance deteriorates. Particles of clay and silt wash down from the bunker's sides, affecting the sand's density, making it firmer and adversely affecting its draining potential.

There is no one-fit sand that will suit all bunkers, and eventually, no matter how well the sand is maintained, it will need replacing.

One thing is for sure, and it is the fact that golfers expect the bunkers they encounter to be in good condition, and the only way to achieve that is with effective maintenance protocols and regimes. If they don't live up to golfers' expectations, they will avoid the guilty courses. Good bunker maintenance is a must. 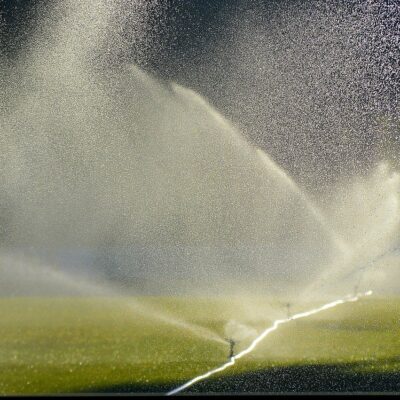 What is irrigation? The definition that best works with this article is that irrigation is the practice of artificially providing…

Plants absorb water through their root systems via a process known as osmosis. Water moves from soil, which ideally has… 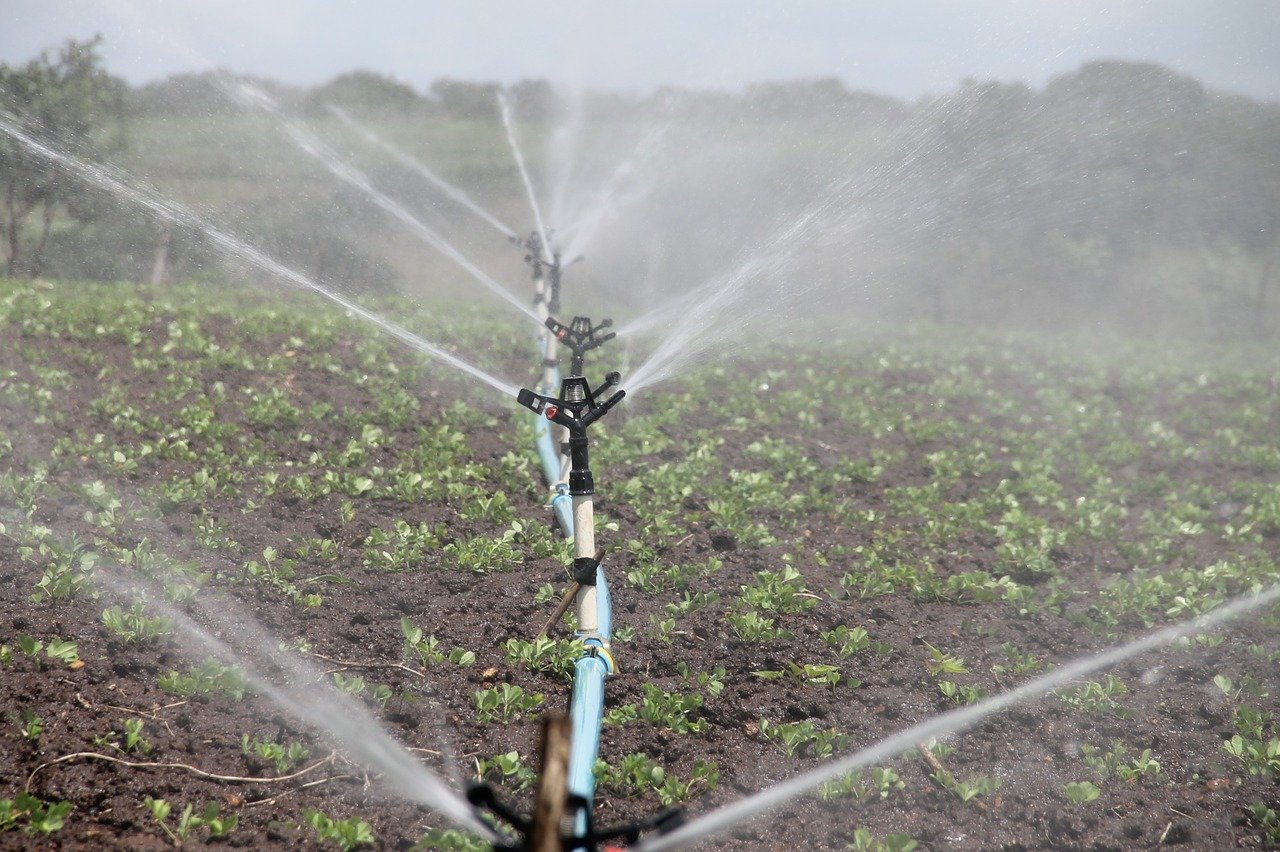